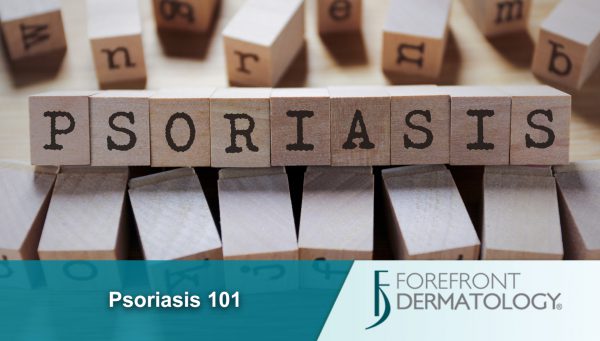 August is national psoriasis awareness month. While we already covered the quick facts about psoriasis, it is also important to know the more detailed information behind this skin condition.

Psoriasis is a skin disease associated with the immune system which causes your skin cells to reproduce too quickly. According to Dr. Victoria Negrete, board-certified dermatologist with Forefront Dermatology, “a normal skin cell matures and falls off the body’s surface in 28 to 30 days. However, skin affected by psoriasis takes only three to four days to mature and move to the surface. Instead of the cells falling off, they pile up and form scaly lesions.”

Are there different types of psoriasis?

Psoriasis can develop in five variations:

People with psoriasis have flare ups that are caused by “triggers.” Triggers are not universal – what may cause one person’s psoriasis to become active may not affect another’s. There are four main factors that are recognized as triggers that may induce flare ups:

How is psoriasis treated?

While there is no cure for psoriasis, there are treatment options available to help prevent flare ups and alleviate the symptoms. Treatment depends on how serious the disease, the size of the psoriasis patches and the type of psoriasis. Treatments work differently for each sufferer. Your dermatologist may switch treatments if one doesn’t work, if there is a bad reaction or if your current treatment stops working.  Common treatment options include topical treatments, light therapy, prescription medication or combination therapy.

If you are struggling with psoriasis or other skin issues and don’t know where to turn, the skin health experts at Forefront Dermatology are ready to help.  To find the Forefront dermatologist nearest you, visit the locations page today. 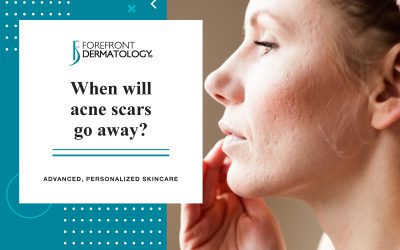 When Will Acne Scars Go Away? 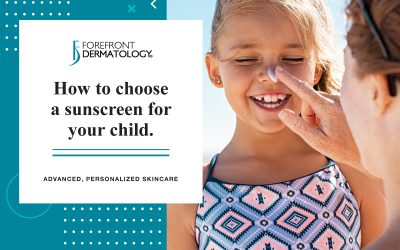 How to Choose a Sunscreen for Your Child 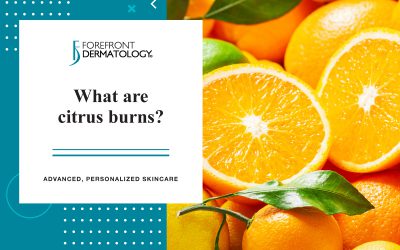 What Are Citrus Burns? 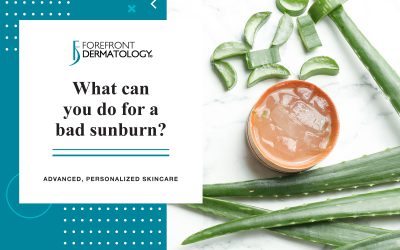 What Can You Do For A Bad Sunburn? 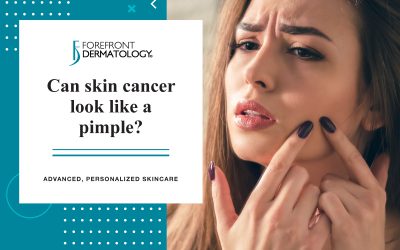 Can Skin Cancer Look like a Pimple? | Forefront Dermatology 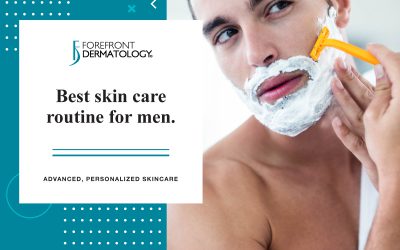