At Forefront Dermatology, our team of board-certified medical, cosmetic, and surgical dermatologists offers a highly personalized approach to meeting all of your skin care needs.

With a convenient location in Glen Allen, we are right around the corner when you need us. We provide comprehensive dermatology care, including medical, cosmetic and skin cancer care with exceptional patient experience. We look forward to serving you! 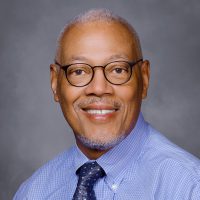 American Board of Dermatology

Algin B. Garrett, MD graduated from Bucknell University and received his medical degree from The Pennsylvania State University College of Medicine. He completed his training in dermatology at Virginia Commonwealth University Medical Center in Richmond, Virginia. Upon completion of his training in 1983, Dr. Garrett joined the faculty. He completed a fellowship in Mohs micrographic surgery at Cleveland Clinic in 1988. Returning to VCU, Dr. Garrett served as Director of Dermatologic Surgery from 1988 until 2018 and as Director of the Mohs Micrographic Surgery and Cutaneous Oncology fellowship training program from 2005 until 2018. In addition, Dr. Garrett served as Chairman of the Department of Dermatology at VCU from 1992 until 2018. 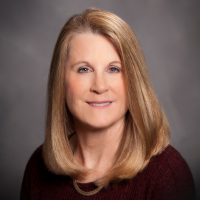 American Board of Dermatology

Dr. Camden is experienced in treating a wide variety of dermatologic disorders of the hair, skin, and nails. Her areas of interest include skin cancer prevention, treatment of premalignant skin lesions and skin cancer, treatment of common and uncommon dermatologic conditions, and dermatologic surgery. She has special interest in treating all types of psoriasis and has light therapy available for entire body treatment as well as a hand and foot unit for localized treatment of psoriasis. Dr. Camden is skilled in using Dermascopy for evaluation of moles on the body and this tool helps in detecting melanoma on the body in its earliest stages. She is qualified to perform a wide array of office-based surgical procedures in patients of all ages.

Cosmetic Dermatology
We offer a full range of physician-directed cosmetic skin services and products including injectable procedures, dermal fillers, laser skin treatments, and more to help you look your best.

Laser Hair Removal
Many men and women are troubled by unwanted hair. They are bothered by the discomfort and upkeep of shaving, waxing, and electrolysis.